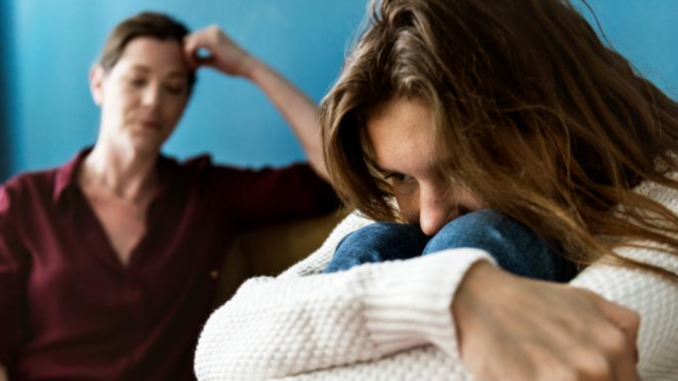 Apparently, I was left without parents. I dared to disobey them, not to fulfill the order, so now I have been deleted from life. I often hear the phrase «I got married, so sort out your problems yourself, ask your husband.» For some reason, their parents helped them as much as needed, no one humiliated them

My parents are quite wealthy people who have recently become accustomed to communicating with people of equal status. But at one time they themselves made their way from the bottom, so I do not understand their snobbery. In their twenty or twenty-five years they had nothing. I know how their grandparents helped them, they gave away their savings when another business went bust, they sat with me so that their parents could fully devote their energy to work.

I have never heard parents reproached by their mothers and fathers, although there were reasons. Once my parents took such a risk that we were left homeless. Then they lived with their father’s parents. More than once I heard my grandfather cheer him up and say that the main thing is that everyone is alive and well, and the rest will follow. Although the grandparents themselves lived very modestly, not to say poorly.

Parents did not give up and now live very well. They began to climb about fifteen years ago, I was then ten years old. Of course, gradually their social circle changed, from the friends that they had before things went uphill, now they do not communicate with anyone. They say that life itself divorced.

My parents didn’t save on me. When I had my own room, furnished like a picture, and the best toys, I was transferred to a paid gymnasium, where they studied foreign languages ​​in depth. I also entered a fairly prestigious university, they were preparing a place for me in the family business. I was not against it, I was ready to work and earn. But it so happened that in the last year I met a young man and fell in love. It was such love, from which the head was spinning and the world was painted in pink. Fortunately, the feelings were mutual, we began to meet. I didn’t tell my parents about it. She did not hide, but simply did not consider it necessary to devote to such nuances of her life. But when they made me an offer, and I agreed, I told my mother. For me it was the happiest moment, which turned into a nightmare.

The fact is that my boyfriend is not from our circle. He trained as a confectioner and was already working. He got the profession not for show, he really likes it, he has talent, I’m sure of it. Parents are ordinary — my mother works as an economist in some medium-sized company, my father is a truck driver, works in a construction company. Average income, like most in Russia.

My parents gave me an enchanting brainwashing, shouting so that the windows trembled. They don’t need a rogue son-in-law without a higher education, and I will ruin my future with him. They said that he was with me only because of the money, although I was sure that this was not so. They talked, persuaded, threatened, and in the end they said that if I signed with him, then I could not expect a place in business, or any help from them.

On the same day I packed my things and went to the groom. He rented an apartment with friends, but they correctly parted for a couple of days so that we could be alone. My parents called me once to clarify whether my decision was final. I confirmed, after that they did not call me. We signed without fanfare. Simple registration, and then sat in a cafe with my husband’s parents and a couple of closest friends. Then the everyday life of a young family began. My husband continued to work, for some time I was looking for a place so that I could combine it with my studies, the last semester and the defense of my diploma remained. Fortunately, the university was paid.

Everything gradually improved, I graduated, got a job. The salary is small, but for gaining experience and understanding the field is a very good place. Communication with my parents was reduced to polite congratulations to each other on the holidays. They didn’t invite guests, they didn’t go to us.

Then I got pregnant. From that moment on, my mother began to call me, to be interested in how I was feeling, but they did not offer help. We didn’t need it, we did it ourselves. My husband worked in two places, was in good standing, received normally. We had everything we needed, we thought about our apartment after my decree.

After the birth of the child, my parents came to be discharged. My husband tried to get to know them, but they ignored him, they also spoke coldly to me, but they held their grandson in their arms, my mother even shed a tear. But reconciliation did not happen, everyone also talked dryly and to the point.

When everyone was quarantined, the husband was left without work. It was tight with money, they left only on individual orders, but there were not many of them. Then for the first time I decided to ask my parents for a loan. Mom listened to me and said dryly that since I made my choice and got married, now I have to solve my own problems. Or my husband should do it.

I didn’t expect this, to be honest. I thought that there would be notations, but that they would completely refuse to help, I did not even imagine. I knew that the lockdown did not affect their business, things went even better, as one of the productions was quickly rebuilt for sewing masks.